It's a Blissful Life! 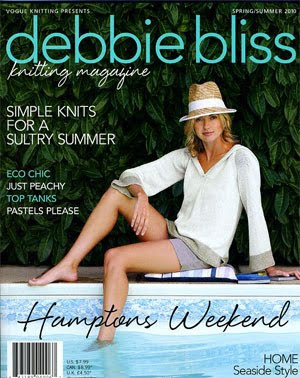 Couldn't we all use a Hamptons Weekend?


In the midst of winter...doesn't a summer Hamptons Weekend sound like the perfect getaway?

Well, the new Debbie Bliss magazine has just arrived and gives knitters a glimpse of sunnier days ahead. The Debbie Bliss Spring/Summer 2010 issue is filled with relaxed coastal knits actually inspired by British designer Debbie Bliss' own holiday in the Hamptons, on Long Island, New York.

Here's a little glimpse inside: 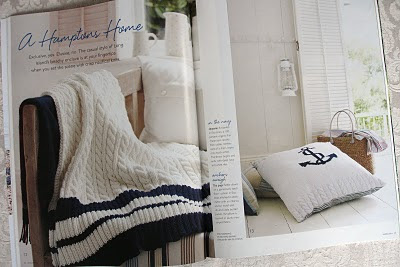 
The magazine's Hamptons Home theme is filled with classic navy and white nautical knits. There is a lovely "Nautical Throw" cable blanket and a neat nautical "Anchor Floor Cushion" pillow. Both are knit in Eco Aran, a 100% organic fair trade yarn. Both patterns are perfect for any Hamptons vacation home! 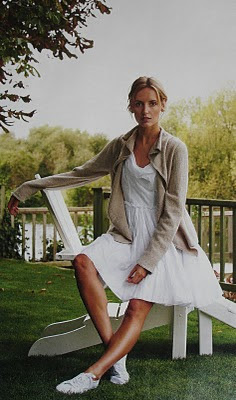 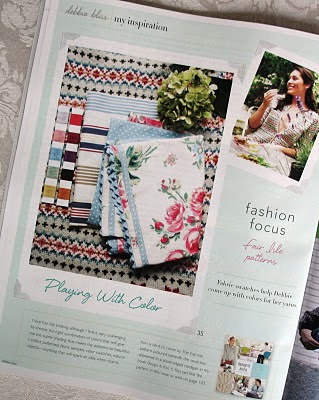 This is Debbie's fourth magazine issue. Perhaps what I love most about the Debbie Bliss magazine is that it is just not all about knitting. Each issue features a British recipe from Debbie or her daughter Nell. I loved her Cream Tea Scone recipe in her premier issue 2008!

Each issue also allows us to get to know Debbie better along with her Knitting Friends feature (which included designer Louisa Harding in issue two).

At the back of each issue is Debbie's Inspiration page. I like to think of it as an inspiration board of sorts. The adorable child's Smock Dress in the premier issue caused quite a stir on Ravelry. All the Debbie Bliss fans wanted to know where to find that pattern. The pattern was eventually published in Debbie's Design It, Knit It book. 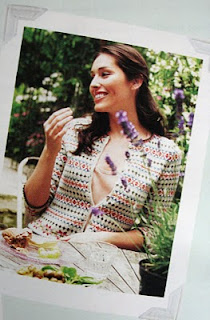 Fair Isle Cardigan
The Inspiration Page in this issue is all about color! Debbie tells us how to play with color and how to select the perfect colorway for Fair Isle knitting. Love that!

The pretty Fair Isle Cardigan (photo above) is from Debbie's latest book Design It, Knit It and the pattern is included in this issue. I am not sure but I think it could be an updated version of Debbie's Fair Isle cardigan Nell from Rowan Magazine # 28?

If you're lucky you may be able to find Debbie's latest issue early on your local yarn store's shelf. The magazine's official date to hit the stores is February 2, 2010.

My knitting pen pal Ruth keeps me "in the loop" with Debbie Bliss. Ruth wrote me on Ravlery and said "the new magazine is in and flying off the shelves" at her LYS Loops in Tulsa, OK.

I hope you find your very own copy soon and enjoy an escape to summer knitting...
Hamptons style!
Posted by Unknown at 4:23 PM 2 comments: