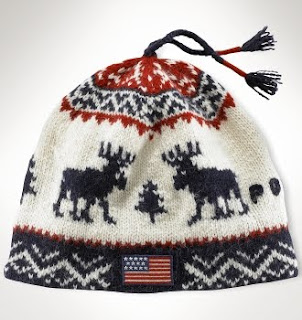 
Are you competing in the Ravelympics? It's cast on time tonight along with the 2010 Winter Games Opening Ceremony!


Here are the Ravelympics Rules according to Ravelry:

The One Rule To Rule Them All: Challenge yourself by starting and finishing projects during the 2010 Winter Olympics.


What will be a stretch for you: a new technique, that first sweater or pair of socks, something massive, something delicate, finishing that monster in the closet? The goal of the Ravelympics is to support you in expanding your knitting/crocheting horizons.


Just remember the one rule: Challenge yourself! 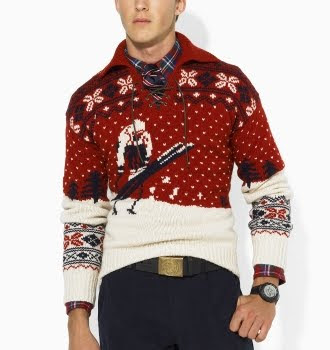 Ralph Lauren's
Lace-Up Shetland Sweater
I am on my knitting guild's Ravelympic team, Team Yarn Sac Near & Far. We're having an Opening Ceremony Party tonight to cast on during the Ravelry Mass Cast On and watch the Opening Ceremonies. (We're even letting husbands tag along and they don't have to knit!)


I am competing in the Short Track Shawl event. My challenge is to knit my Clapotis Deux during the Winter Olympics. For those that know me...this is a big challenge since my first Claptois (even though it was the larger shawl version) took me over a year and a half to finish!


My knitting friends are challenging themselves,too. My guild friend Sally has entered the Nordic Colorwork Combined event. She is knitting Baltic, a Fisherman's Sweater by one her favorite knit-wear designers, Alice Starmore. She is a bit nervous about the Fair Isle colorwork on the sweater. No doubt, we will be cheering each other on across the finish line! 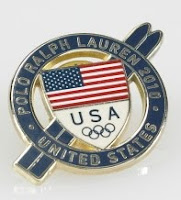 The Opening Ceremony Hat is an intarsia design with moose and trees. It is knit in a wool and alpaca yarn. Let's hope this knit hat brings good luck to Team USA!

(all images from www.RalphLauren.com)
Posted by Unknown at 11:17 AM 5 comments: 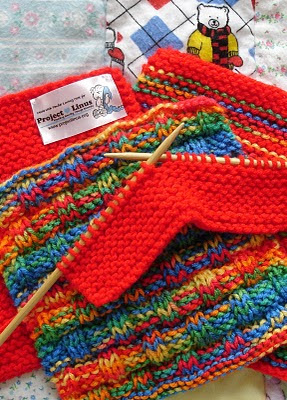 "I'm putting my knitting needles to good use...
I've become a Blanketeer!"
Thanks to my knitting guild The Camellia City Stockinettes, I have discovered the world of community service or charity knitting. My guild has many active knitters who knit generously for Veteran's Lap Robes, Preemie Baby Caps and Chemo Caps. Since the recent devastating disaster in Haiti my guild members and friends are also knitting for Project Linus. Thanks to them, I now know about Project Linus. 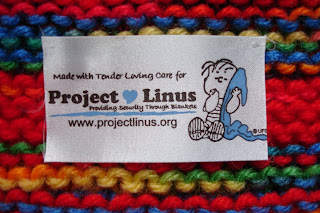 Project Linus was created in 1995. It is comprised of hundreds of local chapters and thousands of volunteers across the United States who make handmade blankets (knit, crochet, and quilted)for Project Linus. Each volunteer and local chapter work together to achieve their mission statement, which states:
First, it is our mission to provide love, a sense of security, warmth and comfort to children who are seriously ill, traumatized, or otherwise in need through the gifts of new, handmade blankets and afghans, lovingly created by volunteer “blanketeers.”
Second, it is our mission to provide a rewarding and fun service opportunity for interested individuals and groups in local communities, for the benefit of children.
Project Linus currently has a blanket drive for the babies and children of Haiti. My knitting friend Sheila is collecting 7" knit squares which she is sewing into blankets. The blankets will then be delivered to our local Project Linus chapter and then sent on to Haiti.
This community service drive has touched my heart and I am happy to report that I have become a Blanketeer for Project Linus.
So in turn, I am now spreading the word about this wonderful and worthy cause. Be sure to check out Make a Blanket Day on Saturday, February 20, 2010. Every year on the third Saturday in February, volunteers around the country gather to make blankets and spread the word about Project Linus.
Will you help spread the word, too?!
Posted by Unknown at 11:09 AM 1 comment: